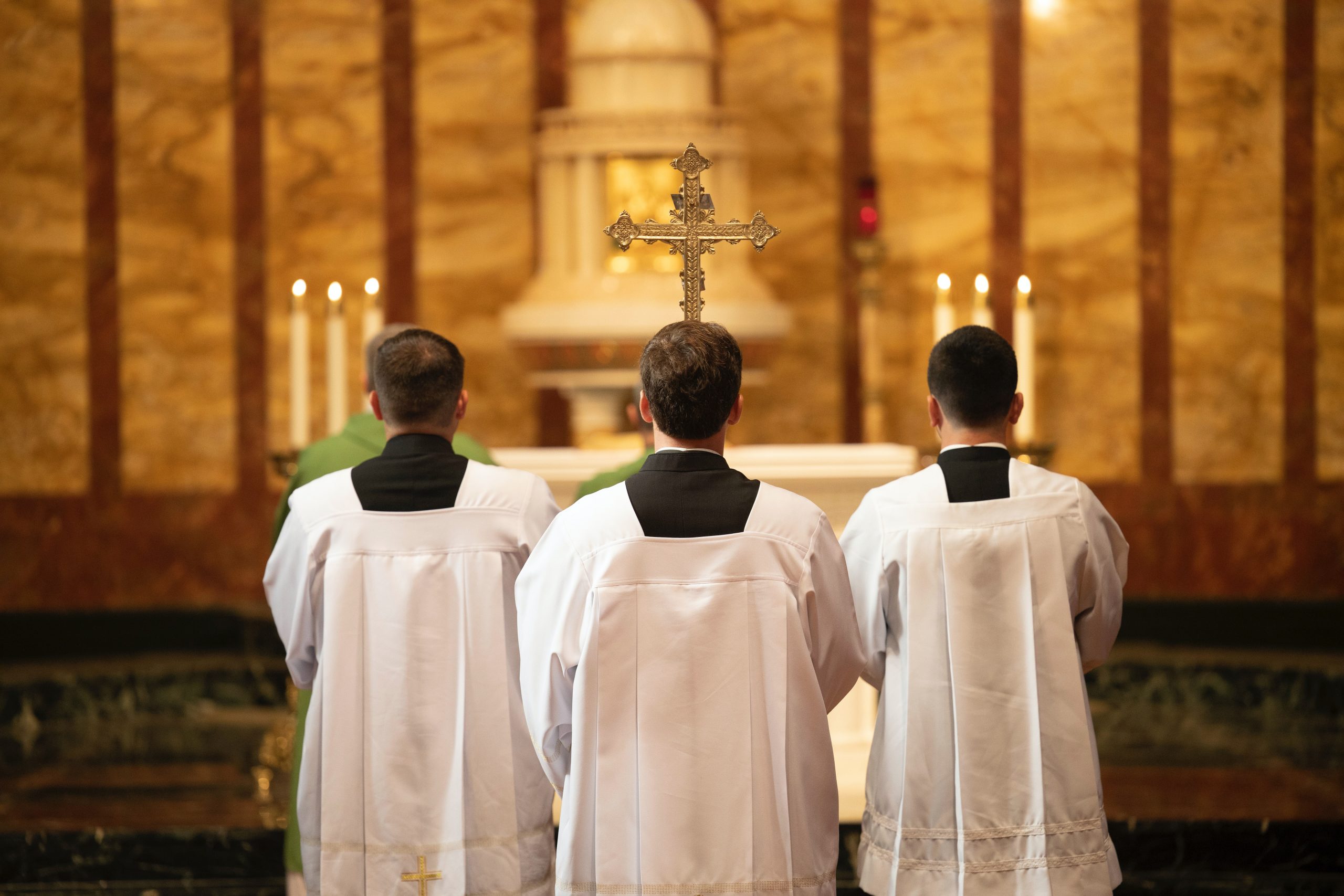 Many years ago, I flew to Chicago and drove a few of hours to attend a friend’s ordination to the priesthood.  I considered Chris[1] the best person I had ever met: goodness radiated out of his face and I had never heard him say a bad word about anyone. I stayed with Chris’s family and attended the ordination and first Mass, happy for the Church and the world, and confident that God was going to do great things through his priesthood. We stayed in touch periodically, but at some point, Chris just stopped responding to my emails.[2] I didn’t think much of it until a mutual friend told me that Chris had “stopped being a priest.”

“Well, judging from Facebook, he got married a year ago.”

Sure enough, there were pictures of Chris smiling next to a beautiful bride. I was glad to see that he married in the Church, so it was clear that he must have been laicized, but I was also sad for the Church, if that makes sense. The loss of a young and talented man in the priesthood is not one to be taken lightly. But the end goal for all of us is heaven, not a particular vocation, and Chris’s path now leads through being a husband and father. It could have been different perhaps, but it isn’t. Here’s the thing I want to focus on today: Was Chris’s posting of wedding pictures on Facebook the best way for people to find out he was laicized? I don’t think so.

When I started doing “Follow Up Fridays” last month, seeking to find out what happened in cases that The Catholic Project had shared on social media a year ago, the first two cases both had the same update: the priests had been laicized by the Vatican. But neither laicization had been publicized by Rome or the diocese; it happened quietly, despite the fact that the men’s alleged crimes were public.[3]

But that’s often the way news works: You read a headline of an arrest or a charge, but you don’t necessarily ever find out what happens after that. You forget about it. In the Church, at the man’s parish, there’s an announcement that Father So-and-So has resigned or has been taken out of public ministry; someone comes to replace him, and that’s that. This is fairly natural and, dare I say, good: we aren’t dwelling on the fact that it turns out that Father So-and-So wasn’t such a good guy. Another priest comes to say Mass and hear confessions, and parish life continues. Perhaps it would be disruptive to alert the congregation 9-12 months later, when Father is no longer Father, except when there is confusion, such as what seems to have happened in the Diocese of Fresno recently. But it seems to me that a periodic list of “Men who used to be priests in this diocese but are no longer” would be beneficial to the faithful. And I don’t mean only for men who have committed crimes or misconduct, but also men like Chris, who left voluntarily, without any sort of additional scandal.

I’m sure that the argument on the diocesan side is summed up in one word: privacy. Perhaps there are even laws that say that the diocese can’t publish this personal information, I don’t know. But what if you just asked for the man’s permission to publish this news on the website? It doesn’t have to be a press release or a big story, just a note somewhere that acknowledges what has happened. And, come to think of it, wouldn’t the laicized man want people to know too? I would think so, especially if he voluntarily chose to leave and it was not the result of allegations of misconduct. As I’ve gotten older, I feel like it has happened more and more that I notice a priest goes “on sabbatical” and then just kind of disappears. I think we can do better.

So that’s my plea today: Dioceses, please publish somewhere on your website the names of the men who were ordained for the diocese but have since been “dispensed from the obligations of the clerical state, including the obligation of celibacy.” Because it matters to everyone in the Church when a priest leaves– We are invested in our priests, both literally and figuratively, and I think we deserve to know when it doesn’t work out.

[2] This was before everyone had smartphones. I am old.

[3] One exception to this rule is when McCarrick was laicized, which was indeed very public.