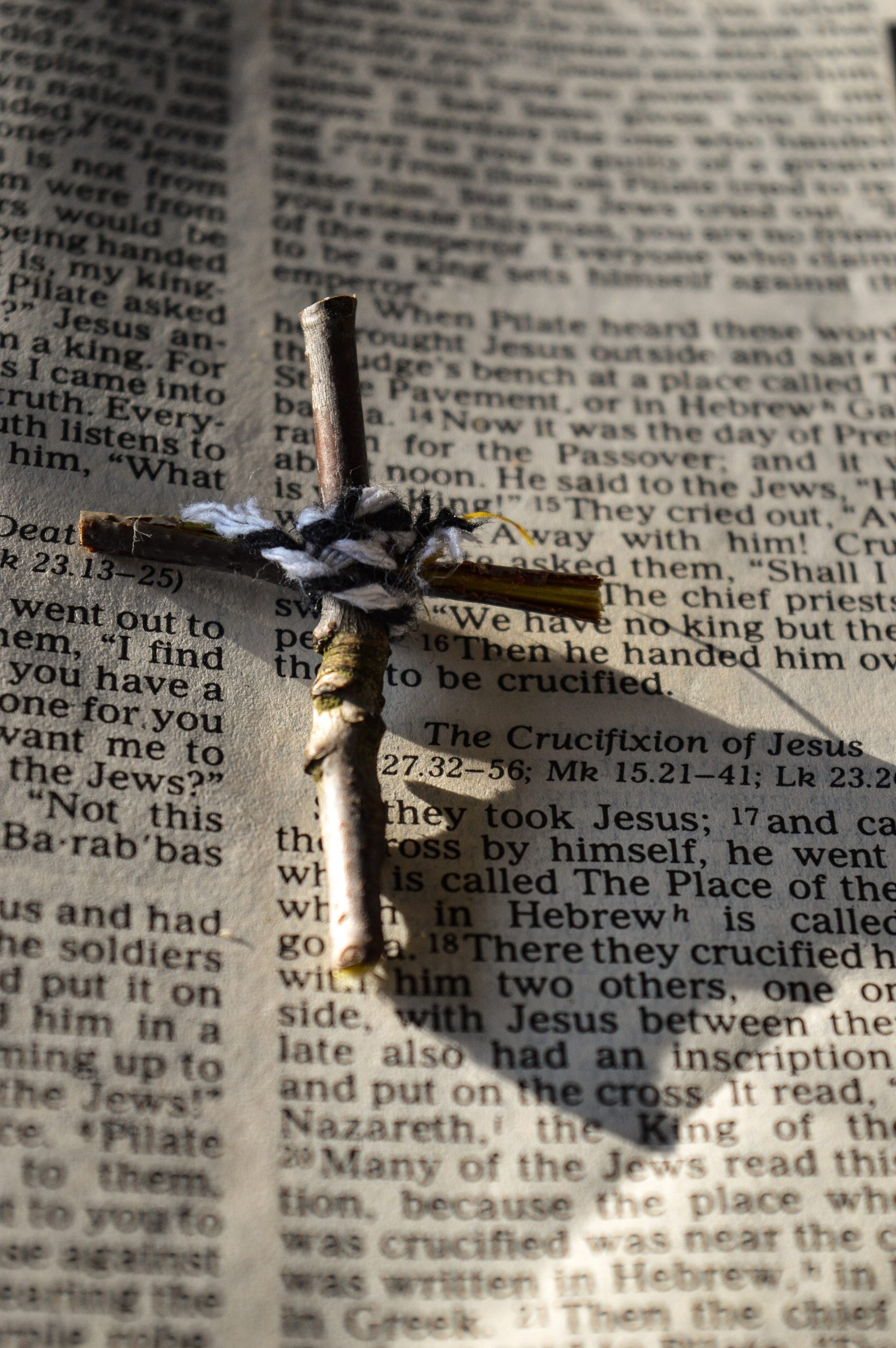 One’s crosses are not public property—until they are

The Church is nourished by the blood of the martyrs. This is something that is communicated nonverbally almost everywhere you look in the Church. Walk into one and try not to see someone dying somewhere, often in a particularly painful way. Our Churches are covered in depictions of martyrs, even if you don’t count the crucifix; All around St. Peter’s Basilica are large statues of the saints, many of whom are holding their own “means of victory”— how they died, be it a cross, an axe, or a sword. St. John Lateran’s statue of St. Bartholomew is holding up his own skin since he was flayed alive. As I write this, we celebrate the feast of St. Andrew Kim Taegon, who was tortured and beheaded, along with many other Korean martyrs in the 19th Century.

There is a way in which the suffering of the saints—wounds received for following Christ—belongs to the whole Church: including to you and me, personally. They suffered martyrdom in part so that I may believe. Not only that I may believe, of course, but not entirely separate from me either, in the economy of salvation.

The Economy of Salvation

The economy of salvation is one of those phrases that I don’t think I ever heard until grad school, or if I heard it, it didn’t register. It’s kind of a fancy way of saying “God’s way of saving humanity.” Salvation—even of me personally—is the goal; Economy is the plan to get there, the divine management of the thing, how God works in time and space. If that sounds epic, that’s because it is. Contained within the idea of the economy of salvation is every little thing that is. Every action, every circumstance, every encounter, ever denial is encompassed in this plan. St. Stephen’s martyrdom at the feet of St. Paul leads to St. Paul’s beheading outside the walls leads to who knows how many faithful deaths that follow. A friend of mine jokes, “God has all the money in the world,” and God also has all the heroic suffering in the world, and He can do with it as He pleases.

There is a priest who, when he visits the sick in the hospital, tells them that he has come to collect. If/when they ask him what he means, he tells them that since they are suffering, they have access to spiritual riches, if they unite their suffering to the cross of Christ, and that they may offer those riches to others. It is a reminder that suffering need never be wasted and can always be turned to profit. We all have many intentions, many people to pray for at every moment. There will never come a day when you think to yourself, “Everyone I know is doing great, there’s no need to pray for anyone!” I have so many people to pray for that I often just say “And, you know, all the people that I am forgetting”—and I’m by no means as attentive as I should be (or as K.Lo. is). Our days are full of opportunities to remember others in prayer, and to accept suffering for someone else’s sake.

In the 2000 Italian TV movie, Padre Pio, the lead actor, Sergio Castellito, portrays Pio’s initial blind panic at receiving the stigmata (which lasts for only 24 hours) followed by the prayer that leads to his receiving it again (for good this time). This second time, St. Pio is alone in a small chapel where he serves an impoverished community. He prays, “Don’t you hear these people’s cries, Lord? Can’t you see their suffering? … What can I do, Lord? What can I do to relieve their suffering? Let me do something to help them…” In the next moment he is sprawled prostrate on the ground, and blood is coming from his wounds. Pio recognizes that this is Christ’s answer to what he asked for; It is what he can do. He can’t solve their poverty or end the war or prevent their suffering, but he can accept suffering for them. This is a dramatization in the film, but it comes close to what the saint described himself:

“[Christ’s] suffering was apparent as was his desire to join souls to his Passion. He invited me to let his pains enter into me and to meditate on them and at the same time concern myself with the salvation of others. Following this, I felt full of compassion for the Lord’s pains and I asked him what I could do. I heard this voice: ‘I will unite you with my Passion.’ And after this the vision disappeared, I came back to myself, my reason returned and I saw these signs here from which blood flowed. Before this I did not have these.”[1]

This is part of the economy of salvation: a saint endured pain in his hands, feet, and side and by so doing gained graces for (how many?) other souls. His pain belongs to me, in a mysterious way.

My cross, your cross, not public property

But now I’m about to seemingly contradict myself by saying that my cross is only mine, not yours. The struggles that I have in life, my crosses, while they belong to the Church as a whole in a spiritual sense, are not yours such that you have any right to know about them right now. Our crosses are not public property. What someone carries, what problems or struggles they have, rarely needs to be discussed widely, even by themselves. St. Pio famously avoided ever “showing off” his wounds and would not allow people to just look at them out of curiosity. He submitted to investigation of them out of obedience. He did not see his stigmata as something that he needed to discuss; It was between him and the Lord.

A reticence to talk about one’s suffering may hold even for people who are generally talkers, like me. I had a difficult conversation with my closest friend many years ago after I found out that she had told some of her friends, whom I didn’t know, about a struggle that I was having. I was hurt, and she was confused. She thought that because I was open with her and my other friends about this struggle, that it was fine to talk about with anyone, and I tried to explain why that wasn’t the case; that this cross was mine to share, and only if I wanted to, and only with people I trusted. It was not hers to share, nor was it public property. Crosses can be intensely private things, even while they are things you talk about with people you are close to.[2]

There will be nothing hidden in heaven, we are told. All will be revealed. The crosses that we have borne in life will be, in a sense, public property in the end. They are part of how we participate in the redemption of the world.

Sometimes people are called to share their crosses in a public way; They might even begin a specific ministry in accordance with a cross they have carried. These people are to be commended, and their ministries are often beautifully fruitful. But I do not think that that is a counter-argument to the prudence of being quiet about one’s crosses in general. I have reason to believe that some of those same people (founders of ministries) would join my call for more general discretion, especially online, about one’s suffering.

We found out after her death that St. (Mother) Teresa of Calcutta experienced profound spiritual darkness for decades as she served the poorest of the poor. St. Catherine of Siena asked God that her stigmata be invisible, so it was only at her death that the wounds were seen. St. Pio said that the wound that hurt him the most was the one that was hidden from others’ eyes. For married couples, hidden crosses often include their own relationship struggles as well as infertility or miscarriage. These crosses will be known and honored by all the Church one day, and will even be part of the glory of Christ’s victory…

But we do not necessarily need to see them right now.

[2] I do think social media plays into a lot of these tendencies, and the “oversharing” phenomenon is probably worthy of analysis in itself.