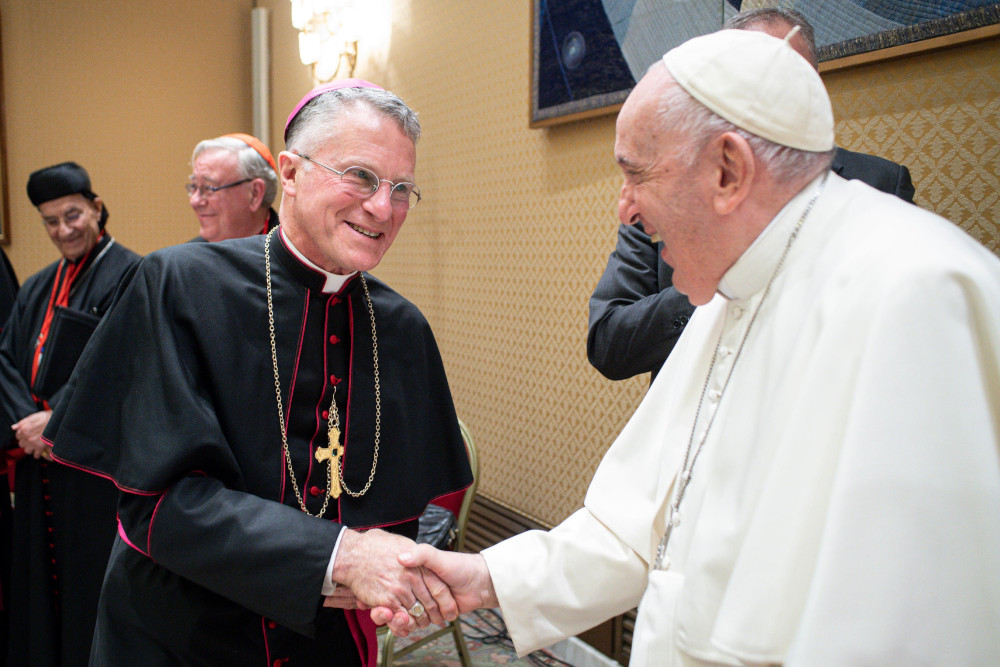 The Trouble with Bishops’ Conferences

Stephen White of Catholic University reflects on the role of bishops’ conferences in view of the comments of Pope Francis in his interview with America Magazine.

“The pope’s words can be read as a corrective to those who would treat episcopal conferences, rather than bishops themselves, as the primary locus of episcopal authority in the Church. If the ‘healthy decentralization’ Pope Francis desires is to produce unity, rather than chronic division, it will depend less on the leadership of this or that episcopal conference than on the leadership of the one bishop – the bishop of Rome – who is actually first among the brethren.”

Image: The Pope greets USCCB President Broglio at the meeting of heads of the regional assemblies of the Synod of Bishops, Monday 11/28/22. (CNS photo/Vatican Media)