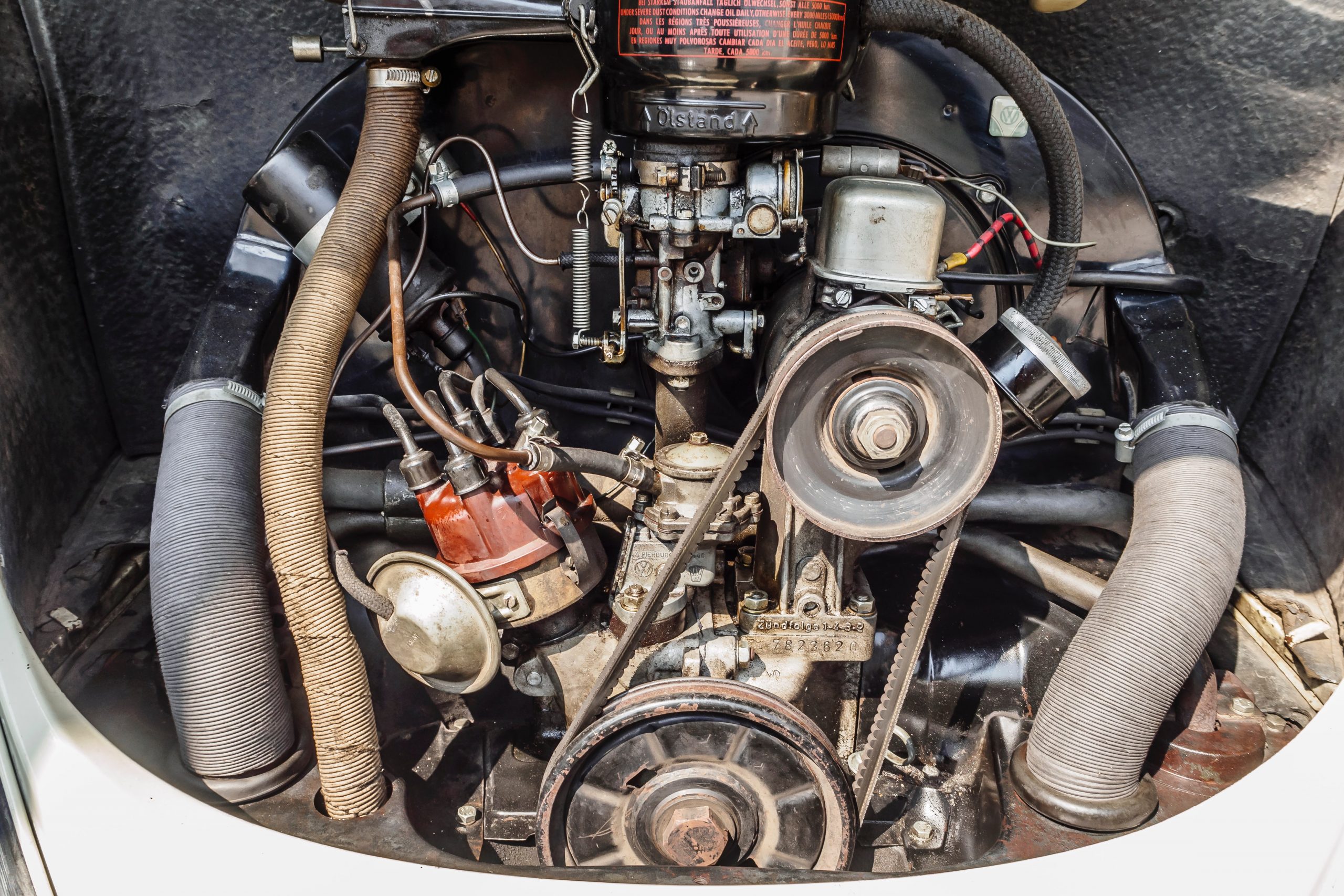 Stopping the Line: Lessons from Toyota for Implementing Vos Estis

In the early 1980’s, cars coming out of a GM plant in Fremont, California were falling apart. They often needed to be fixed before they were sent out to dealerships. “Cars with engines put in backwards, cars without steering wheels or brakes,” were coming down the assembly line and continuing on their way. “So we had Monte Carlos with Regal front ends, and vice versa, and they would just stick it on, run it out to the yard, and then change,” notes the podcast narrator for
This American Life in 2010. When Toyota decided to try manufacturing at the Fremont plant—launching NUMMI (New United Motor Manufacturing Incorporated)—the executives knew it was not going to be an easy transition.

In 1984, small groups of American workers were sent to Japan to learn the new system. The difference of culture was instantiated by a thin nylon cord at every station in Japan. This cord was pulled by anyone who saw a problem. If a worker pulled the cord, a light would come on at the station and a “surprisingly cheerful little song” would play, summoning a team to the spot. If the issue could be resolved without stopping the assembly line, it would be, but if the line needed to stop, it would. For the American workers, this was mind-blowing; At GM, you never stopped the line. “You saw a problem, you stop that line, you were fired,” a worker reported. In Japan, management respected the workers and trusted them to do their jobs well, stopping the line only when necessary.

When the American teams returned to California, and other plants tried the system, the changes took a long time to be accepted. At first, when the cords were installed, workers were yelled at if they pulled the cord; Some plants even cut them down. Those involved with the transition estimate that it took about fifteen years to change the culture—but change it did, and for the better. The first American hired for NUMMI, John Shook, said, “My learning curve, it wasn’t just a curve, it was a 90-degree right angle. I loved every minute of it.”

The Catholic Church in 2021

I hope it will not seem inappropriate to use NUMMI’s experience as an analogy to the Church’s slow and halting adjustment to a post-Vos Estis culture. Obviously, the Church is not in the business of manufacturing. But the lessons that both management and workers learned at the NUMMI plant can help us consider some of the human aspects that may be in play right now in the Church.

It has become painfully clear since 2002 that the learning curve on sexual abuse and accountability is a 90-degree right angle for some in the Church, and that unlike John Shook, they do not love every minute of it. It is a new system and a new way of thinking; one that sometimes goes against years of inculcated clericalism and secrecy. When Pope Francis called for a global summit on sexual abuse in Rome in February 2019, I think he was aware of the depth of the change needed—even in himself—and wanted everyone else to understand too. He had experts—including survivors—teaching Church leaders the new way, preparing them for a new system. Three months later, Vos Estis came out, promising accountability for bishops who abuse or aid abusers.

Just as some of the NUMMI workers objected to the new system, some bishops have resisted transparency and accountability. Even the pope himself seems to be having a hard time living out his own rules (see the Zanchetta case). Those of us who work for the Church (in some capacity) and who believe we can see clearly how the new system is an improvement on the old, have to explain why—over and over again if necessary. We have to work for change patiently, using the system and showing that we are using it.

Consider the Diocese of Crookston. Their former bishop was the first U. S. bishop investigated under Vos Estis, and as far as I can tell, he was guilty of some serious stuff. But Bishop Hoeppner was allowed to resign quietly – the old system. What is hopeful about this case, though, is that the new bishop, Andrew Cozzens, decided that Bishop Hoeppner will not do any ministry in the diocese, and his retirement benefits will be determined under the rules for bishops who resigned due to grave acts of commission or omission. Here we seem to have a bishop working with the new manual.

Today, it seems to me that the Holy Spirit is calling some of the faithful to, analogously, pull the cord to stop the line. These people are providing a service to the Church by telling us when something has gone wrong.

In 2018, the survivor, Juan Carlos Cruz, and the pope’s close advisor,
Cardinal O’Malley, both did what I consider the equivalent of pulling the cord regarding Bishop Barros of Chile. They publicly rebuked the pope for his words when he called the allegations against Barros “calumny.” Pope Francis, to his credit, listened to this rebuke. He ordered an investigation, accepted Bishop Barros’ resignation, and appointed Juan Carlos Cruz as a member of the Pontifical Commission for the Protection of Minors (PCPM). Cruz’s appointment suggests that the pope does actually want people to speak up. Unlike some of his apologists, Pope Francis seems willing to admit that he makes mistakes. This shows humility and realism. Where the leadership of the Church has erred, the faithful should be able to say so, out loud, even to the media. Pull the cord; stop the line.

The disincentives to pulling the cord in the Church are significant. If you are a cleric, you stand to lose almost everything, given the power that a bishop has over your life. He can send you far away; suspend you from ministry; demand that you drop a canonical case against him under obedience; the list goes on. If you are a lay person, you may have a family to support and/or you may be “black balled” by every bishop or diocese if you pull the cord. Add to this the spiritual side: You are a faithful Catholic; you believe that the Holy Spirit guides the Church, and that the bishop is the successor of the apostles. You want to believe the best of him. You want to support him. And you don’t want to hurt the Church, her reputation, or the faith of your friends and neighbors who are in blissful ignorance of the wrongdoing you are aware of. These are strong disincentives. Therefore, in the Church until recently—maybe up until Barros—the only Catholics who have been willing to pull the cord are people who have been pushed to the brink in some way, who feel like they have nowhere else to turn. But under Vos Estis, this should not be the case. People who pull the cord are supposed to be protected. Article Four reads, in part: “prejudice, retaliation or discrimination as a consequence of having submitted a report is prohibited.” If you pull the cord, Pope Francis’ legislation says, you cannot be punished.

Unfortunately, that does not seem to be true yet in practice. Recently, a story came out about the Diocese of Brooklyn, where the newly-retired auxiliary bishop, Bishop Chappetto, allegedly covered up a misconduct report against a priest. The priest was assigned to another parish where he reoffended. The story is all-too-familiar, and if the report is true, Bishop Chappetto is the equivalent of a GM manager working out of a manual from the 1970’s. He is 76 years old, so in some ways I am not that surprised. You can’t work in this space and continue to be surprised when elderly bishops have not learned the lessons of the last 20 years. More serious, to my mind, is the appearance that the brand-new diocesan ordinary, Bishop Brennan, failed to uphold Article four of Vos Estis.[1] The longtime victim assistance coordinator, Jasmine Salazar, pulled the cord. She said, “We have a problem here.” And instead of being listened to, she was reportedly, “frozen out at work — she stopped getting invited to meetings, her email was turned off.”

Jasmine Salazar served the survivor community in Brooklyn for thirteen years. She worked with a Survivors Advisory Board to establish the annual Hope and Healing Mass for the diocese. Survivors that I trust, trust her. If she wrote a letter to Bishop Brennan expressing concern, as is reported, she ought to have been listened to and thanked. According to the same report, the moderator of the curia resigned along with Ms. Salazar, as a show of support. I applaud Msgr. Anthony Hernandez if this report is true, and thank him. We need more clerics who would do the same.

I hope that Bishop Brennan will be investigated for breaking article four of Vos Estis. If the pope can appoint Juan Carlos to the PCPM, at the very least, a diocesan bishop should not retaliate against a victim assistance coordinator with legitimate concerns. Article four of Vos Estis is meant to prevent exactly what Bishop Brennan appears to have done in Brooklyn. Like the auxiliary bishop, he used the old manual instead of the new.

There is a silver lining in the Brooklyn story, though. The faithful are learning to pull the cord, to speak up when there is a problem, even if the bishops are not yet thanking them for doing it. The more that both lay people and clerics are willing to pull the cord responsibly, the more problems will come to light and be dealt with.

Eventually, I am confident that this new system is going to work. I just hope it will not take fifteen years.

Photo by Alexander Schimmeck on Unsplash

[1] I just want to note that he is not an altogether brand-new bishop—he has been a bishop since 2012. But he is new to Brooklyn.