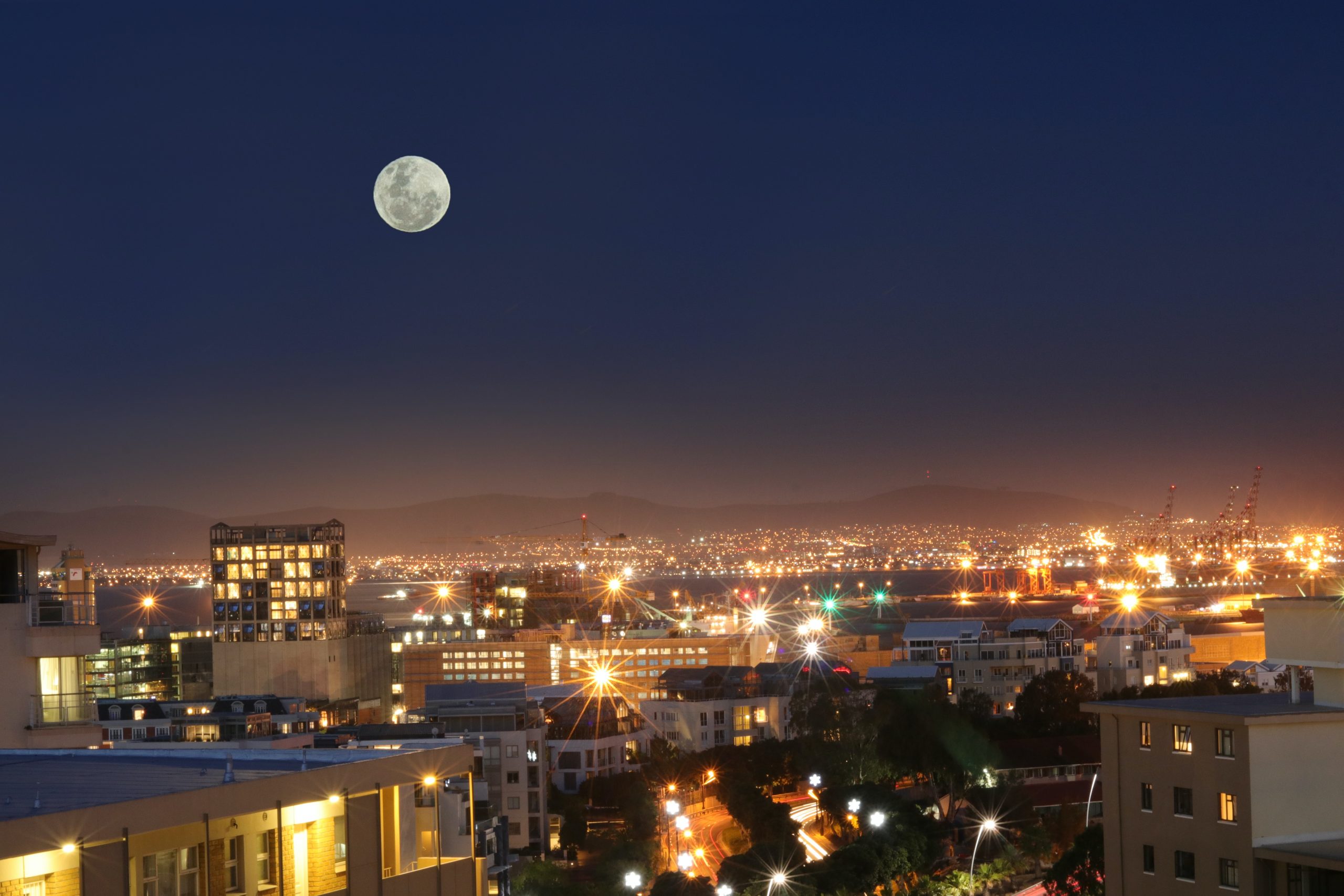 HIM: “You’re saying that I can’t come stay in your dorm room overnight, even though we won’t do anything and your roommate would be there anyway?”
ME: “Yes, that’s exactly what I’m saying. No way, never, ever.”
HIM: “Whyyyyyy?”

This is a conversation I had with a male friend during my freshman year of college. John[1] was just out of college and missed the college atmosphere; he thought it would be fun to visit me and stay over for a weekend. I said he could stay with one of my guy friends if he really wanted to, and he found this ridiculous. To be fair, it is not that I didn’t trust him—it is more that I didn’t trust myself. I was half in love with him, you see, and even though he didn’t feel the same way (we had discussed this), I knew that a night in my room would be a Bad Idea. It was a simple boundary to draw; I drew it, and he respected it, even though he grumbled.

It was a conversation that, a hundred years ago, would not have been necessary. Say what you will about the sexual hypocrisy or puritanism of earlier times, but cultural norms used to ensure that a woman did not have to say no to such a proposal; No man of honor would have suggested it in the first place. One of the things that happened with the sexual revolution is that all sorts of rules about how men and women interact with each other were seen as unnecessary and even oppressive, such that it is no longer clear what is appropriate and not. Further, by making consent the only criterion for sexual morality, the corollary is that any request can be made, and the onus is placed on the one who is being asked to say no.

Unfortunately, we know from plenty of research that women, especially, have a hard time saying no. As a recent story made clear, men and women often have different ideas about what is going on between them and what is appropriate in their relationship. Viewing that case from the standpoint of Catholic morality is very different from viewing it in the context of our consent culture. Because of that, it was especially sad to hear that Bishop Barron allegedly emphasized to his staff, “These [actions] took place within the context of consensual relations between adults.” Consent is not the be-all, end-all of sexual ethics, as the bishop well knows.

A man and woman staying under the same roof for a night was enough in years past to taint a woman’s reputation (yes, it was a double standard and no, I don’t want that stigma to return) and this gave her strong motivation to avoid sleepovers. Consider that the premise to the musical Seven Brides for Seven Brothers is that the women will have to marry the men, because they have been under the same roof for so long. In the recent adaptation of All Creatures Great and Small, James and Helen get stuck up on the hills in the home of a farmer and his wife overnight, and when they return (on Helen’s wedding day), it is loudly unspoken that no one will say a word about it. And finally, the song, “Baby, It’s Cold Outside,” is all about a man trying to convince a woman to stay over, and while she obviously wants to, she relies on social consequences to say no.

The convention that an unwed man and woman should not be alone under the same roof when it gets late at night may sound quaint now, but it was a simple and remarkably effective boundary that probably prevented a lot of problems. There is research suggesting our self-control noticeably diminishes as the day goes on; No one really struggles not to eat ice cream for breakfast, but around 8 p.m., it’s a different story. When I was teaching morality to juniors at an all-girls high school, every year when we got to the section on sexual morality, they were shocked and horrified that the Church advises them not to live with their partner before marriage. Shocked and horrified. I was confused, because we had already talked about premarital sex by that point. Then I realized that my sixteen-year-old students truly believed that a man and woman who loved each other could just be roommates to save money. “Just because they are living together doesn’t mean they are having sex!” they would say, rolling their eyes. I found bluntness to be the best tactic: “If they love each other and are living together, but not having sex, then there must be something wrong with them.”[2]

Things feel different when it’s dark outside, and there are no cultural norms anymore that recognize this. I am sorry to break it to people who are not currently in the dating world, but it is really messy out there. Nothing from the story about Word on Fire’s Joseph Gloor was all that surprising; it was a pretty standard miscommunication-of-expectations-in-a-messy-sexual-culture story. There are no norms that everyone agrees on today in relationships between men and women. You cannot assume anything at all about what that person thinks about sex, even if you know they are Catholic or Christian. Even if they work with Bishop Barron. I believe what Gloor did was wrong, but that’s because I believe the Church’s teaching on sexuality. In a culture where all-sex-things go as long as two (or more) adults consent, Gloor could argue, not unreasonably, that there is implied consent in inviting a man you are or have been in relationship with to stay overnight. The appropriate response to an ex-boyfriend’s, “Can I stay with you?” is simply, “No.”

We Can Help Each Other

We live in a fallen world and a broken sexual culture, and naiveté about that does not serve anyone well, especially women. Boundaries are there to protect us. Take another case – that of the young woman (Susanna[3]) who was sexually assaulted by a priest in Nashville. It was another situation that could have been prevented by clear boundaries—not to mention friends who know better than to leave a woman alone at night with a man and alcohol. Susanna gives us a window into her thought process: “When he returned, glass in hand, I didn’t know how to decline the very expensive bourbon without upsetting him, so I drank it.” The drinking continues; the conversation turns intimate; and the night ends in sexual assault. My sincere question is: Why didn’t Susanna know how to decline? How have we failed to teach young women this basic, important skill?

Just as we recognize that child protection is a task for the whole Church, I hope we are starting to recognize that we ought to protect each other regardless of age. For a priest (or anyone else) who is tempted to unchaste behavior, not being alone in a private place with someone at night is a basic and obvious boundary. Knowing that other people are paying attention is also helpful. Susanna recognizes, in retrospect, that when Father Kevin told her and her friends to hide their visits to the rectory, it was a red flag. We should be teaching that somewhere; everyone should know that someone in authority asking for secrecy about their social behavior is a bad sign. When I was regularly seeking spiritual direction, the priest always left the door half-open, and usually there was a secretary (or three) in the office right outside. The priest was doing a prudent thing, both for himself and for me, and I think the presence of attentive Church-ladies only adds to the protection for both people. “If you see something, say something,” is worthwhile not only in a world of terrorism but also in a world of confusion about sexual boundaries. A boundary violation is not going to happen with Church-Lady-Bev standing right outside the half-open door.

Ever since the Dallas Charter in 2002, every staff member or volunteer who works with young people in the Church is required to go through training about child abuse and grooming, and perhaps that training could be expanded to include training on boundaries for adults. I don’t see how any harm could come from starting a conversation about this in the Church. Not everyone will agree on where boundaries should be,[4] but a recognition that there are some very clear boundaries (no overnights in the rectory) could be really helpful.

[2] Yes, periodic abstinence in marriage is a thing, but that word “periodic” is important.

[4] For example, I don’t agree that a priest or a married man should never share a meal with a single woman (I would lose a lot of friends that way), but I can respect that boundary if someone else holds it.

Photo by Garth Manthe on Unsplash