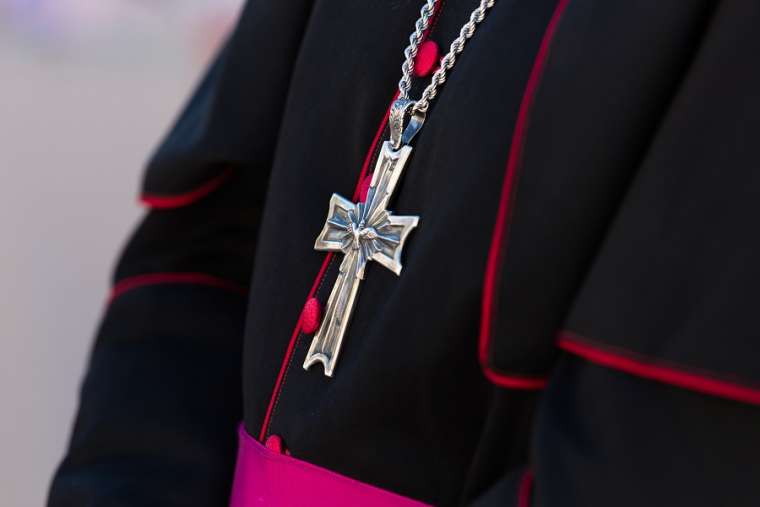 This Catholic podcast series from Catholic University keeps coming back to the question of bishops’ accountability. Are the reforms of Vos estis lux mundi being applied in the US Church? This episode features Cardinal Timothy Dolan of the Archdiocese of New York, reporters Harriet Ryan of the L.A. Times and Christopher Altieri of the UK Catholic Herlald, and canon lawyer Tom Doyle.

Christopher Altieri analyzed the situation with Bishop Binzer in an article at the
Herald. The Archdiocese of Cincinnati has provided a timeline about the case of Fr. Geoff Drew, involving Bishop Binzer. They also offer more information, including press releases and all of Fr. Drew’s past assignments.

Here is the full statement from the Archdiocese of Los Angeles:

“The Archdiocese of Los Angeles has no current cases of abuse involving minors, is the largest single finger printer in the state of California with more than a quarter of a million people fingerprinted, has had nearly 400,000 adult trainings and more than a million student trainings in abuse prevention.  The Archdiocese works in collaboration with the civil authorities to report and investigate allegations of abuse to ensure that anyone found to have abused a minor is permanently removed from any capacity under a ‘zero tolerance’ policy, and continues to support victim-survivors.  This is all due to the policies, protocols and programs instituted by Cardinal Roger Mahony, and which continue today.

“Reporters like Harriet Ryan, and efforts like The Catholic Project, can focus on and study past cases in the Archdiocese of Los Angeles because Cardinal Mahony ensured that those cases were made public in a commitment to transparency.  He acknowledged and apologized for the mistakes of the past and called for accountability by establishing ‘zero tolerance’ in 2002, before the national charter, and published the 2004 Report to the People of God, the first comprehensive report of its kind that included a list of accused clergy, including bishops, almost two decades before the Catholic Bishop Abuse Reporting Service was established by the Conference of Bishops nationally.

“Even though law enforcement found two allegations made against the Cardinal to be entirely false, and he was completely exonerated, he added his name to the list of accused clergy and directed that the list be updated in 2005 and 2008 before the end of his tenure. He also fully cooperated with three grand jury investigations into the handling of past abuse cases in the Archdiocese that resulted in no charges.

“Most importantly, he instituted a culture change in the Archdiocese to ensure accountability by empowering the laity and assigning lay leaders in oversight positions.  He established a clergy oversight board headed by a retired judge, with ex-FBI agents that serve as independent investigators for the board, and created an office of Victims Assistance Ministry led by lay specialists to support victim-survivors and ensure that allegations are reported to the proper civil authorities, both of which were established before the national charter.

“These initiatives do not take away from the very real harm and pain suffered by victim-survivors of abuse by clergy. Cardinal Mahony has repeatedly acknowledged that, offering his apology for the past mistakes made in understanding the extent of the problem and the great pain that victims suffered because of those mistakes. He committed himself and all who serve in the Archdiocese to addressing those failings to ensure the protection of minors, prevention of abuse and continued support for victim-survivors.  He has personally met with approximately 100 victim-survivors and continues these meetings to personally apologize and accept accountability.  The Archdiocese continues to build on the initiatives established by Cardinal Mahony and reaffirms our commitment to do everything possible to ensure that the parishes, schools and ministries in the Archdiocese are safe places for all.

“For more information on the steps taken by the Archdiocese for the protection of minors, abuse prevention and reporting programs and Victims Assistance Ministry, please visit protect.la-archdiocese.org/.”